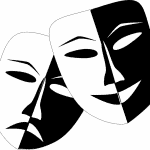 Gina has been directing youth and teen theater for over 20 years on Marco Island. Her background includes B.S. in Leisure Services. Over 25 years in the service of Parks and Recreation working with youth and teen programs with government agencies in NJ and the YMCA Marco Island.

Sisbarro Acting School offers 6-week acting courses for all ages providing an outlet for creative community involvement and fostering the dreams of those with theatre careers in mind. Contact Gina for more information.