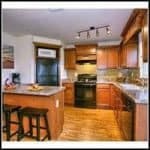 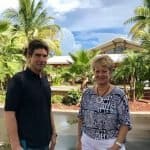 Jason Nordhougen, founder of Nordhougen Construction, is a licensed, bonded and insured contractor in the state of Florida serving the needs of residents and investors in Southwest Florida. Jason is best described by others are being honest; dependable and operates with integrity.

Over the past 30 years, he has worked in the construction industry and has completed hundreds of projects. Jason’s roots are in Fargo, North Dakota but has spent a lot of time in Montana and Minnesota, where the children reside. He relocated permanently to SWFL in 2013. As a licensed contractor in Minnesota, Jason received a Historical Preservation Award from the city of St. Paul. In addition, a Frank Lloyd Wright home he renovated in Two Rivers Wisconsin was featured on the Fine Living channel.

Repairs; Remodels to Complete Renovations are his specialty.