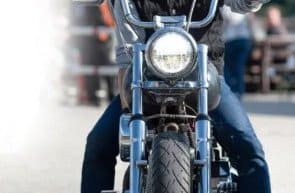 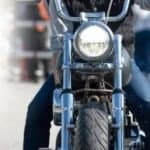 Motorcyclists face more risks on the road than do people in passenger vehicles. Motorcycles have fewer safety features than cars, and their riders are more exposed to other vehicles and hazards on the road. Understanding these risks can help motorcyclists avoid serious crashes.

Motorcycles made up just 3 percent of all registered vehicles in the United States in 2016 and accounted for less than 1 percent of all vehicle miles traveled in the country.

Injuries from motorcycle crash also happen more frequently than injuries from car crashes, and they tend to be more serious, too.

Colliding with other vehicles, speeding, drinking alcohol, not wearing a helmet, and getting older all contribute to fatal motorcycle crashes in the United States, according to the National Highway Traffic Safety Administration.

Injuries from motorcycle crashes are almost twice as costly to treat as injuries from car crashes, according to the 2017 study in the Canadian Medical Association Journal.

Researchers looked at the costs of crashes around Ontario, Canada. They found the average medical bill for a motorcyclist injured in a crash was $4,341 ($5,825 Canadian) compared to $2,232 ($2,995 Canadian) for a person injured in a car crash.

The researchers looked only at costs over the 30 days following a crash. The study did not take into account long-term treatment, including physical therapy or other rehabilitation. So the costs could be much higher.

The study also looked solely at crashes around Ontario. Medical expenses for motor vehicle crashes in the United States may be even higher.

Helmets, or riding without them, are a passionate issue for motorcyclists. Riders’ organizations have campaigned for years to have states relax helmet requirements.

Currently, 19 states and the District of Columbia have universal helmet laws that require all riders and passengers to wear helmets. Another 28 states require some motorcyclists to wear helmets, and three states don’t have helmet use laws at all.

Some states that repealed helmet laws saw increases in motorcycle fatalities. Texas saw a 31 percent hike in motorcycle deaths and Arkansas saw a 21 percent rise after the states dropped helmet requirements, according to Consumer Reports.

The U.S. Centers for Disease Control and Prevention surveyed data from medical researchers and the National Highway Traffic Safety Administration in 2017. It found that helmet use would have cut deaths by more than a third, saved hundreds of lives and saved $1 billion in costs related to motorcycle crashes.

For the best protection, use helmets approved by the U.S. Department of Transportation. These will have a DOT certification label on the back.

Riders should replace helmets every five years because they deteriorate over time. They should also replace their helmets after any crash.